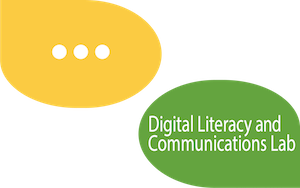 Home / Uncategorized / Thoughts On: Bringing Commercial Games into the Classroom

This article out of the University of Alcala in Spain details an investigation into the use of video games in an educational context as part of a multimodal approach to education, in order to more actively engage with students and the communities they are a part of. The research team carried out a series of workshops where students would play games and then produce writing based on what they had played. They found that if the game were simply placed into the educational context, used in the same way a worksheet or textbook is used, the results were relatively typical; however, when the games were played in informal contexts and then reflected on, they were a source of creativity and more dynamic modes of thinking.

One of the most interesting components of this article is the use of Mikhael Bakhtin’s conception of the carnival as it applies to the use of games in the classroom. Lacasa makes the point that the moment of playing a game is a chronotope (see Chronotopes, I.E. for a short explanation) of a type with the folk festival which Bakhtin is working with. In both, there is a sense of freedom and remove from the particular rules and consequences of the real world which becomes the site of the creation of the “mask” of the participant. This mask does not conform to society’s standards or even to the conception of self which the individual has, acting in ways that might seem by society’s standards, immoral or criminal. Inside of games, this mask is embodied in the avatar controlled by the player, a virtual representation of the internal condition of being masked. This idea is fascinating to me and, as is so often the case with Bakhtin, is capable of spawning any number of interesting roads to be taken, but I will resist the urge to give in to these impulses and focus instead on where Lacasa takes it, which is into the realm of education. In brief, the festival chronotope, in the view of Lacasa, provides an interesting potential for learning outside of the context ‘education’, i.e. the chronotope in which there are students and teachers and all of the assorted traditions associated with teaching. By avoiding this space, Lacasa hopes to foster creativity and social connection on the part of the children associated with the project, among other goals.

There is also a focus on the way in which games exist inside the home space, and how traditionally, attempts to move education into the home have failed because parents simply step into the role of traditional educators and nothing of value is gained. However, by taking something from the home, in this instance games, and moving it into the classroom, the hope is that there will be a cross-pollination of the kind of creative thinking and festival experience of games which will allow for advances in education.

The article mentions organizing workshops in which adults and children work together to play The Sims (if unfamiliar, see In Brief: The Sims), and the results of this process in terms of the value gained. They did not, however, discuss the problematics of accessibility and literacy on the part of the adults in terms of understanding games well enough to set up this kind of workshop. I think it is important to recognize that the researchers brought both the technology and the expertise required to use them, and then guided the experience themselves. It is important to realize that there is a real problem here, because not everyone has access or literacy, even on (and in some cases especially) the collegiate level. Overcoming these obstacles is the first step on the road to implementing responsibly some of the brilliant ideas contained within this article.